JISotW: The Strange World of Cryonics

Today was one of those countless days in my life when I had to go take a walk after learning about the cryonics industry. This stuff is mind boggling, strange and disturbing to say the least.

Agreed, because when God created floods and viruses, he. meant. business.

There is a growing belief, in part because of movies like Demolition Man with Sylvester Stallone, The Outer Limits sci-fi series and other movies, that hundreds of years from now mankind will be able to restore life to bodies preserved in liquid nitrogen. It will NEVER happen, and I will show you why in this article from the Bible.

The Bible was quite the gossip rag, what with all of its articles

DJS finds something objectionable in the statements of the cryogenics company Alcor:

Whoa! Alcor states, “It is only after the brain structures critical to identity are destroyed that REAL DEATH OCCURS” [emphasis added]. That’s totally unbiblical. Alcor does NOT believe that they are raising the dead (or attempting to), because they don’t believe that the person is really dead yet. As long as the brain is preserved, Alcor considers their frozen remains very ALIVE. So according to Alcor’s reasoning, if you are beheaded in a guillotine and your head is immediately frozen in cryopreservation, you’re NOT really dead yet. They can freeze your head in liquid nitrogen in a storage container and you’re still alive. That’s not only creepy, resembling something out of a Tales From The Crypt episode, but totally unbiblical. 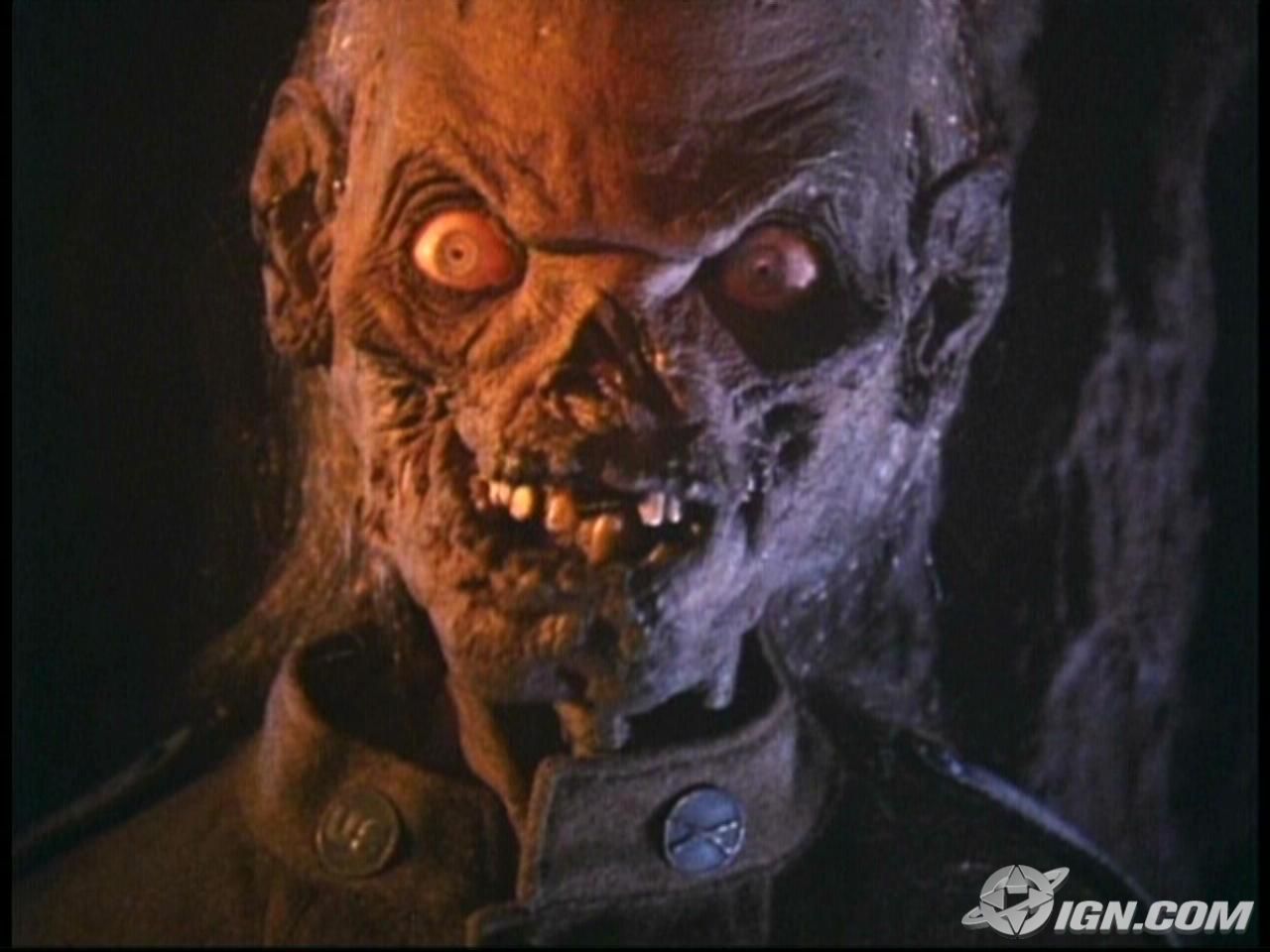 Nonsense! I’d preserve every bit of the body BUT the head! Then maybe we could screw on an ACTUAL brain over those bones!

May I say, God never intended for deceased people (who are declared legally dead) to be preserved in liquid nitrogen in hopes of being revived by future advancements in technology. Alcor claims that as long as the brain of a human is cryopreserved, the person is NOT DEAD YET! The Bible does NOT agree with Alcor’s false theology. If God wanted men to live to be 950 years old as did Noah in the Old Testament, then God wouldn’t have shortened man’s lifespan after the flood. Methuselah lived to be 969 years old, the oldest recorded man who ever lived. Yet, Moses only lived to be 120 years old. For whatever reason, God decided that men would live shorter lives after the flood.

Must be all that rot in the air. You know, from the trillion corpses big and small. Some might conclude it’d be insalubrious.

With all our incredible modern technology, scientists and doctors still don’t understand how the human brain stores memories nor how it functions. The brain is a living organism. The body’s normal operating temperature is 98.6 degrees Fahrenheit. The warm blood, rich with oxygen and nutrients, flows throughout the brain. God, Who spoke trillions of known galaxies into existence, each galaxy containing billions of stars, lovingly formed man with His own hands. Genesis 2:7, “And the LORD God formed man of the dust of the ground, and breathed into his nostrils the breath of life; and man became a living soul.” Isn’t that precious? God spoke the universe into existence, but He lovingly FORMED man with His very own hands. What a beautiful truth!!! 1st John 3:16, “Hereby perceive we the love of God, because he laid down his life for us: and we ought to lay down our lives for the brethren.”

God formed mankind with his own hands? THAT explains all the grooves in my testicles, they were dug in by 5-foot finger nails.

The BRAINS frozen at Alcor, Cryonics Institute, Suspended Animation, Trans Time, EUCrio, KrioRus, American Cryonic Society and other such cryonic preservation companies are DEAD. THE BRAINS ARE DEAD!!! What a horrifying thought to be buried alive. What if those brains locked inside of a block of frozen liquid nitrogen were still conscious and able to think? That would be horrifying! If Alcor is correct, that is, that their cryopreserved brains are in a coma state of unconsciousness, then they are very much still conscious to some extent.

It’s not often Stewart manages to 180 his judgements in a single breath in the course of one of his trademark mental highway swerves.

A British researcher has found that patients who were declared clinically dead after suffering a heart attack, and the brain function stopped (electrical activity ceased), still had brain activity…

A British scientist studying heart attack patients says he is finding evidence that suggests that consciousness may continue after the brain has stopped functioning and a patient is clinically dead.

The research, presented to scientists last week at the California Institute of Technology (Caltech), resurrects the debate over whether there is life after death and whether there is such a thing as the human soul.

“The studies are very significant in that we have a group of people with no brain function … who have well-structured, lucid thought processes with reasoning and memory formation at a time when their brains are shown not to function,” Sam Parnia, one of two doctors from Southampton General Hospital in England who have been studying so-called near-death experiences (NDEs), told Reuters in an interview.

“We need to do much larger-scale studies, but the possibility is certainly there” to suggest that consciousness, or the soul, keeps thinking and reasoning even if a person’s heart has stopped, he is not breathing and his brain activity is nil, Parnia said.

He said he and colleagues conducted an initial yearlong study, the results of which appeared in the February issue of the journal Resuscitation. The study was so promising the doctors formed a foundation to fund further research and continue collecting data.

During the initial study, Parnia said, 63 heart attack patients who were deemed clinically dead but were later revived were interviewed within a week of their experiences.

Of those, 56 said they had no recollection of the time they were unconscious and seven reported having memories. Of those, four were labeled NDEs in that they reported lucid memories of thinking, reasoning, moving about and communicating with others after doctors determined their brains were not functioning. [emphasis added] …

Obviously, contrary to his claim, the brain function hadn’t stopped, or else the brain wouldn’t be active. In essence, the researcher found that patients whose hearts had stopped, and their brains stopped functioning normally due to the stopped heart and blood flow, still had some level of nil brain activity; but may I point out that the brain was still very much alive, still warm at body temperature, and hadn’t totally died. It wasn’t God’s time for them to die. The heart had stopped beating for a short time. The brain had stop functioning for a short time due to the missing heart pulse. But the blood was still present around the brain, though not flowing. The Bible says that the life of the flesh is in the blood, not the heart (Leviticus 17:11).

NDE’s (or Near Death Experiences) are of great interest to the world. Throughout human history mankind has desired to know what lies beyond the grave. Luke 16:19-31 (which Jesus DIDN’T call a parable) teaches that upon death, Lazarus had angels waiting for him to guide him home; but the rich man who died in his sleep woke up in the fires of Hell. There is no reason to believe that dying will be any different for anyone else. I expect to see angels when I die, who will escort me to see my precious Savior, Jesus Christ. Most people will find themselves in the fires of Hell beneath. Matthew 7:13-14 teaches that most people are on a highway to destruction in Hell; but a few will enter into Heaven on the narrow path at the straight gate. Jesus Christ is the ONLY way to Heaven!

Could you send those angels down to fetch those living dead brains while you’re at it? Be a chum

Alcor believes (see quote below) that during cryopreservation the human soul remains in an unconscious state, as with a frozen embryo or person in a coma. It’s good that Alcor acknowledges the existence of the soul in an embryo in its mother’s womb, which means that abortion is indeed the murder of a human being. Alcor states…

What happens to the souls of people in cryopreservation?

If the premise that patients cryopreserved today are not dead is accepted, then the soul of a cryonics patient is in the same condition as the soul of a frozen human embryo or the soul of a person who is in a coma or unconscious.

Regarding the preceding statement, a big difference must be mentioned here between being in a coma or state of unconsciousness verses cryopreservation. In a coma or state of unconsciousness, the brain is still maintained at a normal operating temperature of 98.6 degrees Fahrenheit and the blood is flowing with oxygen and nutrients to the brain; but in cryopreservation, the brain is stored at 320 degrees BELOW ZERO Fahrenheit and nothing is flowing, the brain has died. So Alcor’s preceding claim is untrue. The brain does not remain in an unconscious state, any more than an embalmed corpse filled with formaldehyde and buried 6 feet under ground is in any state of consciousness or unconsciousness. A brain that is cold, where the blood has stopped flowing, and the biological life is gone IS DEAD!!! The biological organism that was once able to house the soul and spirit is gone.

If embryos have souls, do my sperms have souls, too? If so I’ve been germinating the immortal realm like a motherfucking father-god

More to come, next week!